How do you shift well-rooted patterns, and get to grounded change?

Douglas has lived on the streets on and off for thirty years, and prefers the cold concrete to restricted social housing. Linda has worked in homeless services for twenty years, and rolls her eyes at the number of initiatives that have come and go. Tony’s an Emergency Room doctor, and feels caught in a nearly constant discharge & re-admittance loop. Will it ever end?

We at InWithForward are not so arrogant to think that, in six-months, we will build the solution. But, we are ambitious enough to think that, in six-months, we can activate lots of underutilized resources inside and outside of formal systems – be it people’s time, talents, or things. It’s this kind of human resource that we’re learning is the key to making alternatives to the status quo stick.

The question, of course, is how? After a decade of project work in 5 countries, we’ve got a few revised hunches about what it takes to continually keep the status quo on its toes. The goal isn’t simply to do one innovative project, but to create a whole new knowledge base and constituency for continuous making & testing: for what we call, Research & Resource Development (RR&D). 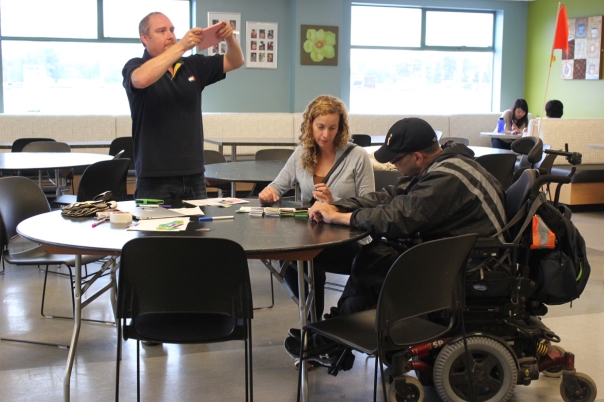 Here’s some of our latest hunches for what it takes to get to change:

Build an anchor team. Flat social science + design teams are the foundational unit of this kind of work. We can model how these teams function – the good, the bad, and the ugly – but we cannot treat ourselves as the permanent team. Instead, we need to find folks who are open to learning, and most of all, committed to the longer-term. That means, we @ InWithForward operate more as talent spotters, coaches and cheerleaders. We try and create the conditions that set the local team up for success.

Create heaps of roles. We don’t want our teams to do projects, we want them to seed movements. To get people enthused and taking ownership over what we’re jointly making. That requires bringing many more people into the fold, and legitimizing their roles. Our end users aren’t just the people we are designing for, they are part of the team, be that as researchers, taste testers, photographers, documenters, and translators. 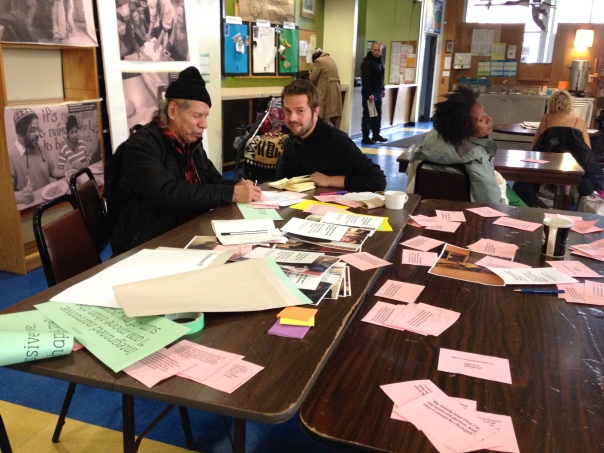 Test mechanisms. Not solutions. Ultimately, we’re trying to prompt change at an individual and systems level. In the past, we’ve put all of our eggs in one basket, and built one solution to do that. This time, we want to get down to the component parts. That means, testing which interactions lead to change before packaging them into new routines, services, or networks. We’re not starting with a blank slate. We’ve identified seven interactions which are most often absent from existing services. Like feedback loops. People like Douglas only get negative feedback, and have few sources of positive information about themselves. So, we’ll test (aka prototype) what meaningful feedback looks like, alongside the six other mechanisms for change. Read more here.

Crowdsource what’s taken forward. We like to say we flip the order of the traditional policy process, and enable bottom-up decision-making. And yet, in past projects, it was often funders deciding which ideas we pursued. We’d like to try opening-up the decision-making process to end users. That means rather than reserve strategic decisions for the top, we’ll find ways for end users to both co-design and vote on which prototypes move forward.

Learn, see, try. Yes, we work from the bottom-up, but we do want to shape the policy level. We want to enable policymakers & organizational leaders to see a different perspective and experience alternative courses of action. So we’ll run a Learning Circle that exposes decision-makers to new concepts; immerses them in live project work to witness how those concepts unfold; and gives them time to apply the concepts back to their own settings.

How do you test new practice with street-involved adults in downtown Toronto?