It all started with 3 weeks and 16 stories…

In March 2014, we had the privilege of getting to know Beaker, Talia, Mike and 13 other members of The Meeting Place, a drop-in center run by West Neighborhood House at the corner of Queen West and Bathurst in Toronto, Canada. We set out to understand the lived realities of “street-involved” adults. After a slate of unexpected deaths, members and staff were asking what more could be done to enable their peers to not only survive, but move towards more thriving lives?

From listening to Beaker’s jam sessions with friends; to following Talia on a shelter tour around the city; to seeing Mike’s rhythm of Listerine, wine, and beer, we began to see just how important The Meeting Place was to their sense of belonging and community. And yet, for many, it was their only community. Their identity was so connected to the street corner, it was difficult to fathom any other life. Rather than serve as brokers to aspirational futures, services were bogged down in taking care of very real and important physical & social needs. Where were the stories and examples of change? 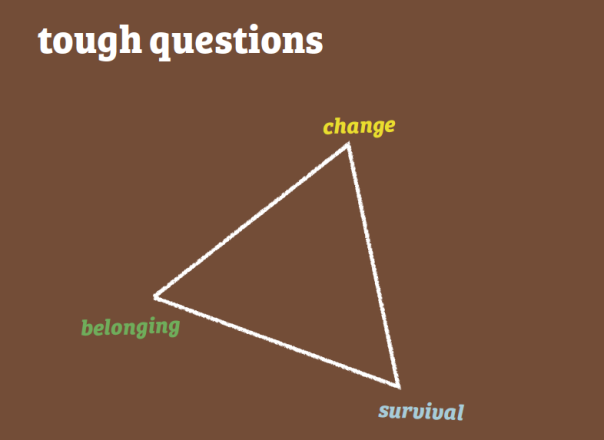 In November 2015, we’re returning to find existing stories of change and co-design new examples of change. Our team will include staff, members, designers, social scientists, and hopefully lots of unexpected resource from the local community.

Over six-months, we will make and test a range of interactions to try and prompt change. We’ll also be bringing together a Learning Circle of key stakeholders to immerse themselves in our Grounded Change approach.

>>Read more about our Approach.

>>Apply to be part of the Learning Circle.

>>Get in touch with thoughts or questions.

How do you test new practice with street-involved adults in downtown Toronto?